“Graham Decker. Great to finally meet you.” I try hard not to blink at the strong odor, a mixture of cleanser, steel and rubber, as we shake hands, his grip firm and confident.
The man lapped a track at almost two hundred miles per hour. His grip should be firm, and with the number of wins and top five finishes he’d accumulated, he’d earned the right to be confident.
“Come in. Please.” With his trademark smile, Graham gestures for me to enter his office and sit. “Is this your first time visiting Graham Decker Racing?”
“Yes. What gave it away?”
He chuckles, the sound genuine and down-to-earth, as he settles way back in a leather chair. “Might’ve been the wrinkled nose. If you’d like, my assistant can give you a tour after we’re done.”
“That’d be great. So tell me a little about yourself, Graham. Besides the fact that you’re a highly competitive racecar driver. Everybody knows that.” I push the record button on my phone and set it on the desk.
“Let’s see. I just got married.” Graham’s face lights up and he leans forward abruptly. As if he couldn’t wait to ditch me and head home.
I couldn’t blame the guy. I’d seen pictures of his wife. “Rori, right?”
He nods.
“Wasn’t her father the—”
“Yes.” The warm welcome slips away. His jaw snaps closed tight as a jail cell.
Hmm. Interesting, but I better switch tracks. “So do you still live in Charlotte?”
“No. In Harrison at the Forever Family Animal Sanctuary. Rori’s like a llama whisperer. She works wonders with the animals that come to live with us.” Pride laces his tone. “Actually, that’s how we met.”
“Through your non-profit?”
“Yes. My sister does a fabulous job running the Foundation, but she was on bed rest because of complications with her pregnancy. She asked me to make a site visit since Rori had applied for a time-sensitive grant.”
“Not the typical way to pick up a woman.”
He smiles, wistful like, as if he remembers something special. “Rori’s anything but typical. And so was our meeting.”
“Care to elaborate?”
His mouth stretches to a grin. “Nah. She values her privacy and might not appreciate me sharing all the details. Let’s just say it involved mistaken identity and a llama delivery and leave it at that.”
He was going to leave me hanging with that juicy tidbit? I make a mental note to redirect later. “Ohhhkay. So how did you know Rori was the one? After all, you’ve been married before, right?”
“Yeah. That didn’t turn out so well, but it was my fault. God wasn’t at the center of that relationship. Unlike with Rori.” He scrubs a hand across his whiskered jaws, his expression lightening as if the sun just came out. “And Rori didn’t recognize me.”
Really? How was that possible? I have no words.
He steals a glance at the clock and drums a pencil against the desk.
I’m losing him. “So was it love at first sight?”
“Definitely on my part, but not so much hers. We had some issues to work through before she’d commit.”
“Like what?”
“For starters, I had to prove that I wasn’t going anywhere. That I could be there for her—” His cell phone buzzes, and he checks the number. “Excuse me.”
I can’t help but eavesdrop. I lean forward slightly, refusing to miss any opportunity for a scoop. Besides, I’m sitting close enough that I can almost hear her voice. At the very least, my recorder might be picking up their conversation.
“Jumbo did what?” He launches from the chair, banging my phone off the desk.
So much for that. I bend over, retrieve the recorder, and hit the off button. It didn’t take a doctorate degree to know that this interview was over.
“No problem, sweetheart. I’m just finishing up here. Be there soon. Love you.” He disconnects, mashes a cap on his head. “It’s been a pleasure, but—”
“I understand.” I do. Really. The guy’s practically still on his honeymoon. No wonder that fat grin is plastered across his face. Jealousy sprouts and curls up my spine like a weed. “Hey, does Rori have any unattached sisters?”
On his way to the exit, Graham angles over a shoulder. “Sorry. Just twin brothers, Beck and Burk.”
He dives into a sports car and cranks the engine, those high-performance tires squealing out of the parking lot. Nope. He doesn’t look the slightest bit sorry to be going home.
Rori’s Healing
Coming June 5 with Pelican Book Group
****
Still stinging from the publicity surrounding her father’s death, social phobic Rori Harmon prefers the solitude of her animal sanctuary, accepting that marriage isn’t in her future. Racecar Driver Graham Decker refuses to be wrangled into a relationship by another money-hungry female. On a philanthropy mission, he arrives just in time to assist Rori with a llama birthing, but his appearance thrusts her into the media spotlight again. Has Graham found a woman who doesn’t care how deep his wallet extends? Has Rori finally met a man who will stick around when times get tough? Is healing for a hurting heart finally within Rori’s reach?
Rori’s Journal
Date: Monday, October 15 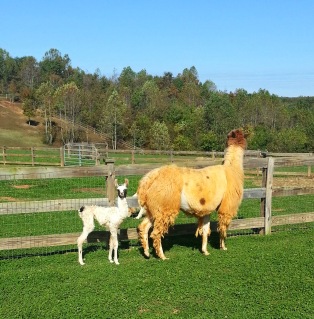 Snickers had her cria today. Oh my stars! She’s just beautiful, and just as sweet as her mama. I hope Snickers will rub off on Jumbo. Haha. Probably not. Poor Jumbo had such a tough life until he came to live here at the sanctuary. People can be so vicious and cruel. Isn’t that why I’m here? So, I don’t blame him for being a bit cantankerous.

But I bet the new vet could!
You should have seen the on-call doc Corbin’s office sent to help. Unlike any vet I’ve ever met. I mean, really, what vet shows up at a working ranch in a fancy sports car? And the man never even dragged his medical equipment out to help with the delivery! Maybe the trunk wasn’t big enough? Or Corbin told him I was qualified? Whatever, but he sure looked a bit green around the edges. Must’ve had a long night with calls, but he handled Jumbo’s poor manners with grace and humor.
Other than appearing tired, he was mighty nice to look at. Thick dark hair. Heavy stubble on firm jaws. Cocoa-colored eyes that sparkled with kindness. A deep rumble for a voice. Not that I’m looking.
But he was here when I needed him, the first man besides Burk or my stepdad, and plans to come back as a volunteer. Yeah, right.
Anyway, Graham, the vet, named the cria, Reesie. Think it was from all the chocolate I stuffed in my mouth?
Until tomorrow, Rori
****
Still stinging from the publicity surrounding her father’s death, social phobic Rori Harmon prefers the solitude of her animal sanctuary, accepting that marriage isn’t in her future. Racecar Driver Graham Decker refuses to be wrangled into a relationship by another money-hungry female. On a philanthropy mission, he arrives just in time to assist Rori with a llama birthing, but his appearance thrusts her into the media spotlight again. Has Graham found a woman who doesn’t care how deep his wallet extends? Has Rori finally met a man who will stick around when times get tough? Is healing for a hurting heart finally within Rori’s reach?