Why would God bring together an older widow and a younger man?
After firefighter Rainn Harris rescues Geneva Carson from being stuck in a tree, she feels she owes him. Helping to care for his autistic niece comes easy, but her attraction to Rainn is a different story. Being drawn to a man twelve years her junior metes internal havoc as Geneva attempts to balance responsibility and personal fulfillment. And the prospect of becoming a middle-aged mom to a special -needs child sends Geneva into a tailspin of conflicting emotions.

As the custodial parent for his young niece, Rainn is determined to be a better parent than his absentee sister. When Geneva agrees to help care for Mia, Rainn is overjoyed. He admires Geneva’s compassion and enthusiasm for life, and expects she’ll be a positive influence on Mia. What he doesn’t expect is to fall in love with the beautiful and vital woman. But Geneva’s hung up on their age difference, and he must convince her of his sincerity before they will ever have a chance at happiness together.

As tension threatens to pull them apart, both must learn to rely on the Lord to direct their futures—whether that means two lives joined or paths in opposite directions.

A sneak peek into Rainn On My Parade:

Get a grip, woman, and act your age.

The sirens drew close. She soon heard activity below, but she kept her eyes clamped shut.
“Hold on, Ms. Carson. Don’t be scared,” a disembodied voice that didn’t belong to her future son-in-law spoke from below. “Just hold on.”
“I assure you, I’m too scared to let go.” Geneva’s voice quivered. But she couldn’t help smiling at her predicament.
The extension ladder whirred softly and creaked as it reached for the top branches of the tree.
She squeezed her eyes tighter.“I’m right behind you now.”
“Thank you, Lord.”
“Not God, just me.”
The firefighter chuckled.
Her eyes popped open when she felt him close behind. Thankful for the cropped-pajama bottoms she wore instead of a nightgown, Geneva frowned at the unexpected shiver as she attempted to place the voice.
“Whenever you’re ready, just let go.”
“Thought you told me to hold on.”
“Well, I’m here to catch you now.”
She caught the humor in his voice. And hated it.
“Oh, good grief. I’m too heavy for anybody to catch me.” She lowered her eyes to half mast.
“Spunky, most likely,” came from under his breath.
She doubted he meant for her to hear.
Is that professional behavior? Well, that’s pretty nervy of the guy. But then again, I am caught in a tree. She snickered, wondering if she was hysterical. She tried for a deep breath but it turned into a gulp around her sternum. “Are you sure I can let go?”
“Geneva, trust me.” That popped her eyes wide open.
The confident urging voice and the use of her first name drew enough courage to peer downward.
Rainn Harris.
And he was way too close for comfort.
Eric would never live this down at the firehouse. His future mother-in-law rescued from a tree, by his buddy.
She remembered her first look at him. Rainn was a few years older than Eric, but they became fast friends when they met at University. Geneva may have heard Rainn’s name a time or two before Eric started working on Moselle’s loft, but she hadn’t any reason to pay attention. Since then, she’d seen him with Eric many times.
Rainn probably knew more about her than she did him.
Before she could fathom any further thought, Geneva let go and found herself wrapped in the strongest arms and pressed against the strongest chest imaginable.
I’d climb the tree again if this firefighter would come for me. 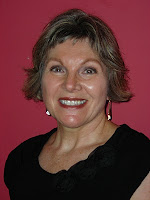 A lifelong Nebraskan, LoRee Peery is the oldest of seven and grew up on a Nebraska farm. She feels grounded in her sense of place and considers it a blessing to have lived most of her life in the country. She learned to read when she was four and has devoured books since. She also enjoys sewing crafts, quilting, creating rock and flower gardens, bird watching, and country walks.
LoRee loves the word overcomer and knows how the Lord protected her from potential harm as a young woman. She found herself in situations that could have been detrimental, but He protected her. When she considers being set apart as a child of God, she is humbled. She feels closest to the Lord when she worships through singing. And one thing she’s sure of: “Jesus loves me, this I know. And
He will never let me go.”
LoRee was brave enough to answer some questions…
1) What does a normal workday look like for you? That changes from day to day. I’d love to say I sit my seat in the chair and work for 6-8 hours. It all depends on what needs to be done. I may only have one or two days a week without places to go. I’m involved in the lives of grandchildren, I go exercise, run errands, and my hubby and I both have doctor appointments. I did change something of my routine this past January. I set the priority to write 250 words, or something on my WIP, before I open email. Exceptions are when I’m expecting something that needs immediate attention.
2) What’s your favorite food? Chocolate
3) If you had a Friday night all to yourself, what would you do first? Go to a movie with my honey. If I’m by myself, I turn on relaxing music and read. Or, if there’s something for both of us on TV, I make pop corn and read through the commercials.
4) Things you dislike: Wow, interesting question. Chaos, loud noises. Cornhusker football is close to being a religion in Nebraska, but I’ve never been drawn to crowds. The exceptions are church and writers. I can handle the noise if I’m surrounded by like-minded folk.
Thanks so much for joining me today, LoRee. I can’t wait to read my copy of Rainn On My Parade! Yummy!
You can reach LoRee at her website: www.loreepeery.com

13 thoughts on “Rainn On My Parade by LoRee Peery”